Hemp: a drug and a superfood

The two sides of the hemp plant 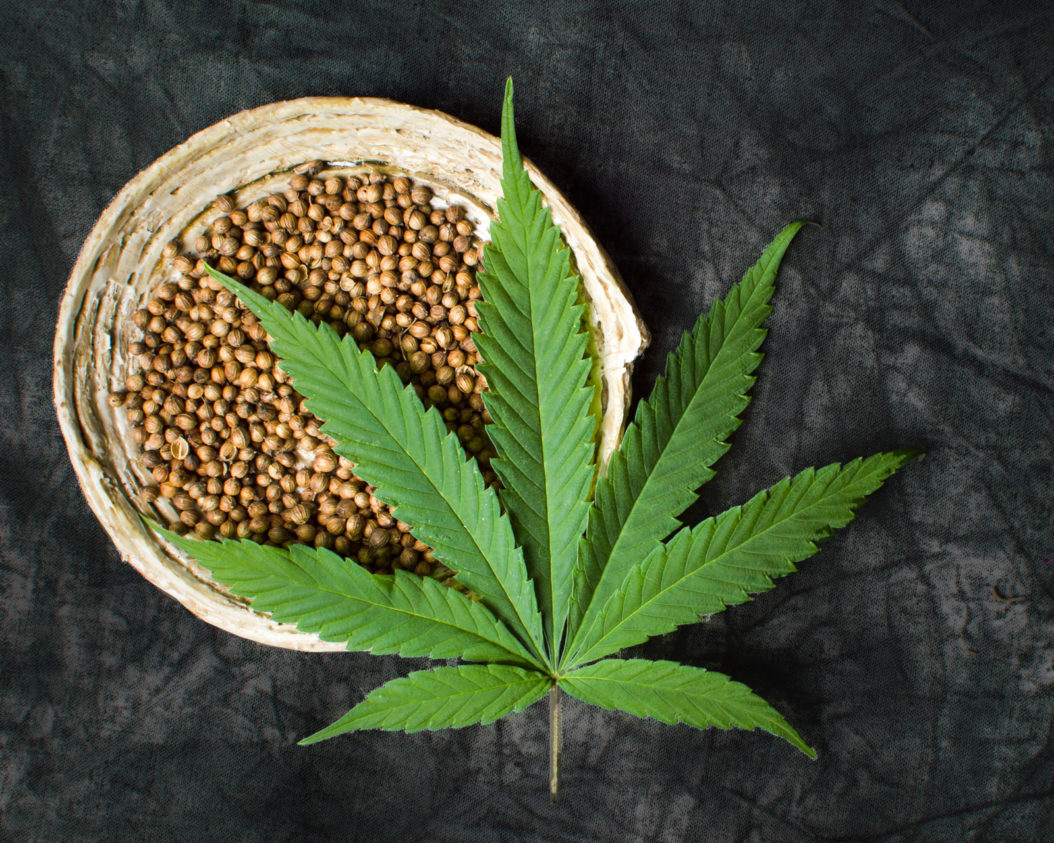 Right now, hemp is on the tip of everyone’s proverbial tongue. It is, without doubt, the in-food of recent months. Be it in cosmetic products, drinks, muesli, sausages or dog food: hemp seems to be everywhere. It is a much-celebrated all-rounder that is said to offer real health benefits and taste delicious. But what is it that makes hemp so special? And why has one of the oldest cultivated plants in human history suddenly become so popular? This article tells you all you need to know about hemp...

Let’s start with an important distinction: hemp is often used as a synonymous term for marijuana (or “weed”). This is actually incorrect: marijuana is the term for the dried flower heads and surrounding small leaves from the female cannabis plant (a sub-species of the hemp family), which can be processed to create the drug cannabis. Cannabis contains the active ingredient known as THC (Tetrahydrocannabinol). This is extracted from the resin of marijuana and has an intoxicating, psychoactive effect. So marijuana is quite different from the parts of the hemp plant that are used in the food industry.

When it comes to making food, it is predominantly the seeds of the hemp plant – also known as “hemp nuts” or “hemp seeds” – that are used. They are said to be rich in valuable proteins, carbohydrates, dietary fibres and vitamins, and contain all of the essential fatty acids that the body needs.* As such, it is generally viewed as a superfood and makes a great addition to a nutritious diet, not to mention it tastes great too. Food lovers from across the world love to try new things. Since the turn of the century, numerous foodstuffs, including some from ancient times, have been rediscovered and repopularised – think turmeric or amaranth. As such, it comes as no surprise that the shining benefits of the hemp plant have now also hit the spotlight in 2020.

So-called CBD oil is another hemp product and another flavour of the month, which can also be used in the food industry. High-quality CBD oil consists of oil derived from hemp seeds and extracted CBD. The abbreviation stands for the active ingredient Cannabidiol, which is also used in medicine to treat various illnesses, both as a cure and as a painkiller. When added to food and drink (such as tea, lemonade, chewing gum or chocolate), manufacturers promise customers a calming and relaxing effect – and naturally also enjoy playing around with the “naughty” image that hemp has. Unlike THC however, CBD has a calming, rather than a psychoactive, effect. It is said to help sooth nervous tension as well as muscle and joint complaints, and to have an anti-inflammatory effect. These benefits are, however, currently still in the realm of speculation and have not yet been proven.*

Hemp is also a useful plant when it comes to fighting climate change. One hectare of hemp is said to draw down as much carbon dioxide as an entire hectare of forest – a quite incredible statistic. The plant is also extremely easy to grow and even protects itself from weeds, more or less eliminating the need for herbicides in conventional farming.

When it comes to our “White Hemp Caramel” chocolate, we are not interested in playing around with CBD’s dubious image; instead, we are concentrating solely on the enjoyment factor. Our focus is on hemp seeds, which are caramelised in raw cane sugar and finished with a fine pinch of sea salt. The caramelised hemp seeds have a delicious, slightly nutty flavour and a fabulous crunch. As our hemp seeds contain neither CBD nor THC, the chocolate can be enjoyed without a second thought. We hope that it will be totally addictive, but purely because of its delicious flavour! After all, the often totally uncontrollable craving for delicious chocolate is still completely legal.