The revival of an ancient ritual 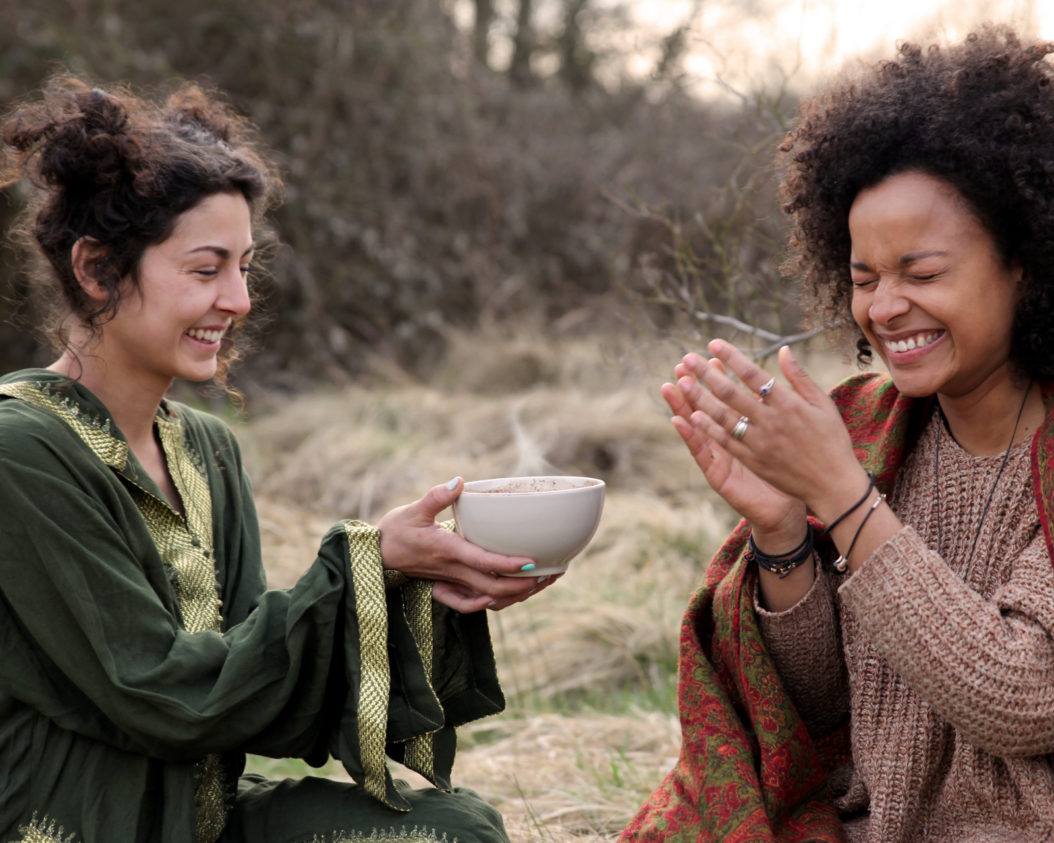 Cocoa is the main ingredient in chocolate, but there is plenty more to cocoa than just delighting the tastebuds. The Maya and Inca civilisations famously drank a strong cocoa drink made from raw cocoa. Said to have the power to open the heart and the mind, it is now regaining popularity as part of so-called cocoa ceremonies. These ceremonies have become a real trend in recent years. But what is a cocoa ritual? What does it involve and who is it for?

What is a cocoa ceremony?

Cocoa beans – the seeds of the cocoa tree – were highly treasured by the ancient Olmec, Inca and Maya cultures in South America. They were said to be sacred and were reserved for the higher echelons of society, such as priests and the nobility. Especially treasured for their healing and restorative powers, the beans could be extremely stimulating. Thus, cocoa soon became an established part of religious ceremonies and rituals. When drunk in its pure form as unprocessed raw cocoa, it is said to bring the body and soul into balance and to help you to reach a higher state of consciousness.

Today’s cocoa ceremonies hark back to these ancient traditions. Nowadays, however, the ritual is no longer reserved for a select few. In fact, quite the opposite is true – aside from a few exceptions (those with cardiovascular problems, pregnant women and people taking antidepressants), anyone can participate in a cocoa ceremony. 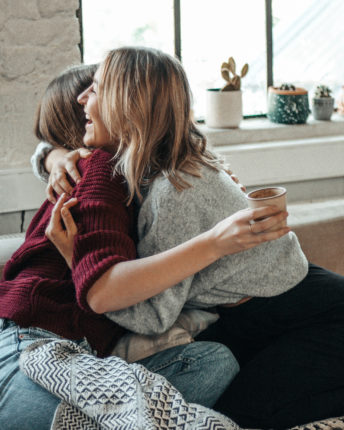 What happens during a cocoa ceremony?

First things first: there are no strict rules concerning the format of a cocoa ceremony. Instead, the structure of the ceremony depends on the organiser. This is also true when it comes to the length of the ceremony. There are short rituals lasting a few hours, while some rituals are in the form of retreats lasting several days. Generally speaking, as with other rituals, cocoa ceremonies are divided up into three sections: the start, the main ceremony and the closing section.

Preparing the cocoa drink is a great way to begin the cocoa ritual. It is important to use high-quality raw cocoa – the minimal processing means that it will retain many of its valuable ingredients. More on this later…

The main part of the ritual can be chosen based on the aim of the cocoa ceremony. Deep conversations or meditation are both well-suited to this part of the ritual. Appropriate music, singing and dance can also be useful additions in cases where the focus is on creativity. In theory, a whole host of different methods work well here and can also be used in combination. The important thing is that the techniques suit the people or group involved and support the aim of that specific cocoa ceremony.

The ceremony should end with a gentle returning to the here and now. This can be done in silence or led within the group, e.g. with a song. It is important to include a moment of reflection during which the individual can consider their own goals for attending the ceremony and whether the desired effect has been achieved. 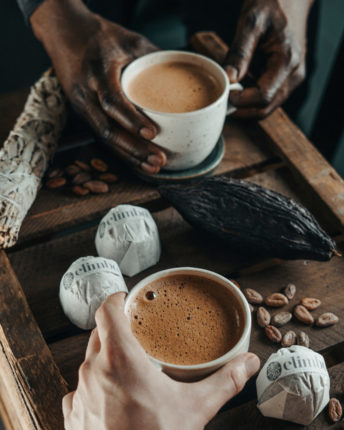 Many ceremonial leaders use so-called ritual cocoa for their cocoa drink. This unprocessed raw cocoa is said to be extremely high-quality, authentic and rich in beneficial ingredients. Fine cocoa varieties such as Criollo are preferred here, naturally sourced organically.

The preparation of the drink is based on the original recipes from the indigenous people of South America. A large amount of powdered raw cocoa is mixed with hot water. Spicy chilli powder, e.g. cayenne powder, serves to support the absorption of the substances in the body. This drink is often too sharp and bitter for modern tastes, so the flavour can be refined with other spices, such as vanilla or cinnamon, and sweetened with coconut blossom sugar.

Cocoa’s ingredients and their effects during a cocoa ceremony

Once consumed, the over 300 ingredients in raw cocoa can begin to take effect. This quite astonishing number of ingredients makes cocoa one of the most complex foods around. It contains a number of vitamins, minerals and trace elements. Antioxidants, polyphenols (flavonoids) and neurotransmitters combat harmful influences and prompt feelings of happiness. Theobromine, which is related to caffeine, has a stimulating effect and promotes circulation. Finally, there is an extra portion of “healthy” fats, such as monounsaturated fatty acids.

Needless to say, everyone taking part in a cocoa ceremony responds differently to this cocktail of ingredients, but people tend to report feeling a gentle, inspiring effect and most people feel very positive afterwards. However, depending on the participant, negative thoughts can arise, for example if the person is suffering from acute stress or other issues. A good ritual leader should be able to identify this as a potential problem early on and be able to act accordingly to ensure that the cocoa ceremony doesn’t become a negative experience for the person in question. In other words, sensitive people or those suffering from particular stresses should ensure that their first cocoa ceremony is run by a trained expert. That being said there really are no restrictions – private cocoa ceremonies are open to everyone, and anyone can hold one in their own home.